The Brow C.P.School was originally opened in September 1969, the first primary school to be built to serve the initial population influx of the then newly established Runcorn New Town.

On the evening of Sunday, December 11th 1994, The Brow C.P. School was completely destroyed by fire and twenty five years of treasured memories, momento’s, staff possessions, children's work, equipment and documentation perished in the flames.

Nothing material was retrieved from the blackened debris of what had once been the building that was this school ~ but its spirit and ethos survived.

It was that spirit and ethos which enabled the school to survive ~ and emerge the stronger for doing so ~ from what was an extremely traumatic period for children, staff, governors and parents.

Two years in exile followed at Norton Priory Comprehensive while chair of governors Trevor Higginson led the battle to have The Brow rebuilt.

It re-opened two years after the blaze.

A journal entry, penned by the chair of governors Trevor Higginson, revealed the drama of the blaze.

It said: “5.30. At the school site, joining MH, GD and many parents and friends watching the flames destroy a building containing the records of achievement of a great school.

“The kitchen and main hall are already totally destroyed as is the main entrance and part of the administration block...

“Vehicle from Chester, Northwich and Warrington and Ellesmere Port.

“The wind is gusting NW fanning the flames through the roof space.

“7.15 GD and myself raise the shutters over the infants section and its class 3 area to allow the fire brigade the opportunity of entering the building to create a ‘fire break’ in both the infant corridor and...” 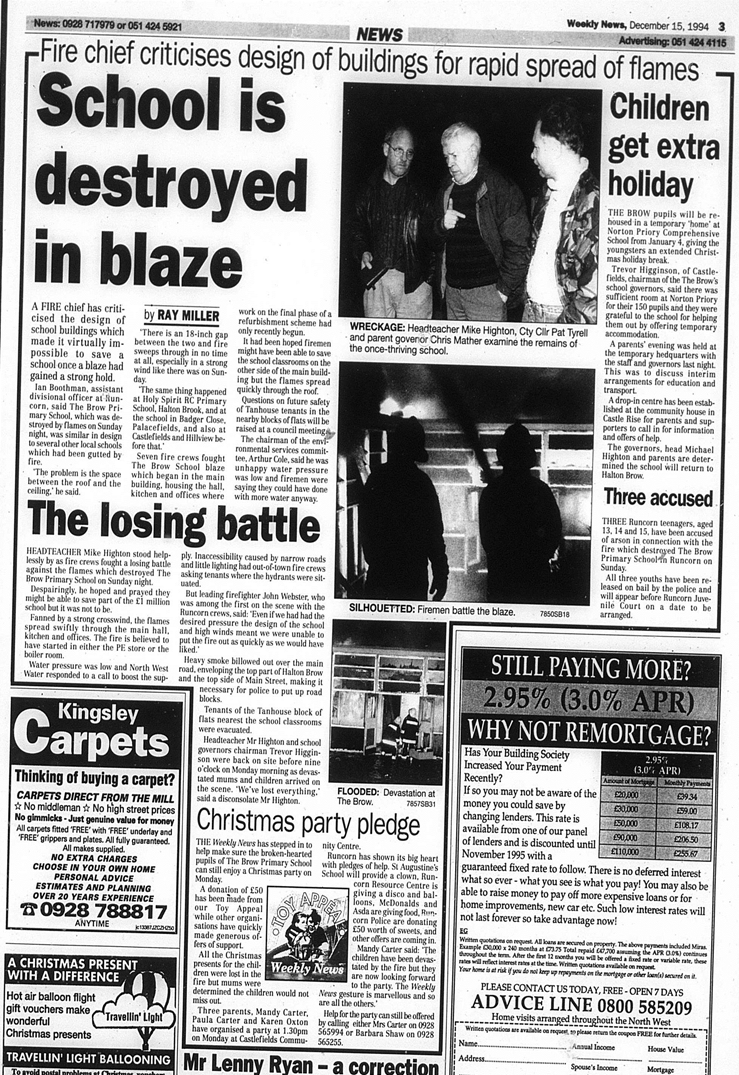 Picture of parents, pupils and staff at The Brow school in October 1995 marking the start of building work on the new school

On September 1st, 1996, The Brow School returned to its historical and spiritual site on The Brow Estate.

A new chapter in the history of The Brow C.P.School began on Tuesday 10th September, 1996 ~ as the school re-opened to welcome both parents and children to the new building.

Achievments of our ex-pupils

The Brow School are extremely proud of all their pupils, past and present. We are especially proud when we are told what they have achieved since leaving our school. Two of our ex-pupils Bethany and Georgina Cuthbert attended Chester University after leaving The Brow and on Thursday 3rd November 2016 graduated at Chester cathedral. Bethany gaining a BA Hons in Dance and Georgina gaining a BA Hons in Fine Art and Photography. Well done to both of them. 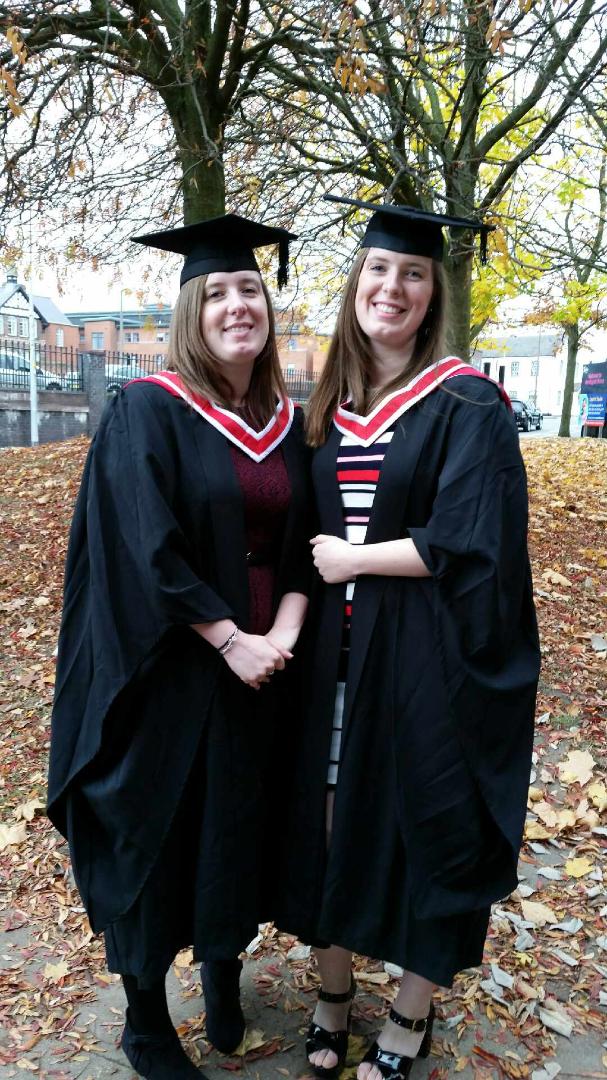 We Respect. We LearnWe Are Happy.